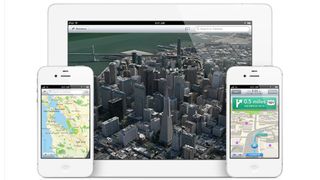 Don't use Apple Maps to go to Mildura, Australia people

Apple's much-criticised iOS 6 mapping app may have improved since it launched in October, but it's still a long way from being usable.

In a statement on its website, Victorian police are urging consumers to look for alternate mapping solutions after a series of events that saw motorists incorrectly directed into a national park.

The problem lies in Apple's perceived location of the town of Mildura. Instead of being found where the town actually exists, Apple's iOS6 mapping instead places the town of 30,000 people in the middle of the Murray Sunset National Park, about 70km away.

In recent weeks, the police have received multiple calls from stranded travellers, some of whom have spent 24 hours stuck in the park with no food or water, and been forced to walk through Australia's dangerous terrain to get mobile reception to call for help.

The Victorian police has taken the matter up with Apple directly to try and find a rapid solution to the problem.

It has also taken the step of warning people travelling to Mildura, or other locations in Victoria, to use alternate mapping programs.

Given Apple itself took the unprecedented step of naming viable alternatives to Maps, this isn't surprising. But it is another blow to the much maligned mapping software.