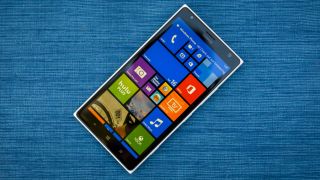 You will be able to downgrade from Windows Phone 10 TP.

Windows Phone users eager to get their hands on the Windows 10 for phones Technical Preview will be able to remove it should anything go wrong, the company has confirmed.

UberGizmo reports that any users wanting to return to Windows Phone 8.1 after installing the Windows 10 for phones preview will be able to do so, with Microsoft's Gabriel Aul confirming "we'll have a recovery tool to roll back for all phones that are supported by the preview."

The Windows Phone 10 Technical Preview, which is primarily geared towards developers, is expected to get its release at some point in the coming days and Aul gave strong hints that it would arrive alongside a new video showing the OS features.

When Windows 10 for phones gets its full release it will be offered as a free download to all Windows Phone users and thus far it's not clear whether the new OS will be compatible with all smartphones the operate on Windows Phone.

Collaboration across Windows PCs and smartphone is at the heart of Windows 10 and in addition to Cortana being present on both, Microsoft is secretly testing a new Windows Phone app known as Work Assistant that will allow smartphone users to perform Office tasks.