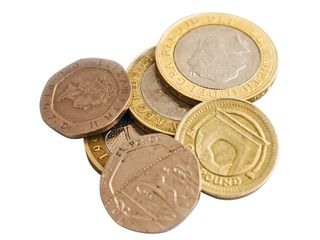 You might think that internet fraud is rare, but the truth is very different. Its tentacles spread across the world and affect the lives of many people whose only crime was to be slightly naive.

"It's very sad, because sometimes when we get people in, the first thing we tell them is to go straight to the police," an anonymous bank manager told PC Plus magazine. A senior figure at a big high street bank, he asked to remain unnamed for security reasons, but sought us out to talk about the real-life effects of internet crime on people's lives.

He often has hapless victims crying in his office when they realise the truth, and what he sees is only a tiny fraction of what goes on.

Around the world, people are losing their savings, homes and dignity thanks to internet criminals. By far the most common attack is still phishing – the art of duping the unwary into believing that they're receiving emails from their bank or other institution. When they try to log in via the provided link, all they see is an error message apologising for heavy server load and asking them to try again later. In reality, their log-in details have been saved and the criminals now have access to their bank account.

"I call phishing 'out cheating'," says economist Dr Darrin Baines. "You must at some level trust the person who's conning you. So, for example, someone sends you an email saying 'I'm in Africa, why don't you send me some money?'. There must be something in that narrative that triggers the feeling that they're worth trusting."

Happily, shoppers are becoming more web savvy, spending more online and getting ripped off less. "Last year an estimated £153million of card fraud took place over the internet – a decrease of 16 per cent from 2008, when e-commerce card fraud losses were approximately £182million," says Mark Bowerman, spokesperson for the UK Cards Association.

In the same period, credit and debit cards were used to buy a record £47billion worth of goods and services online, which was up 15 per cent from 2008. So the percentage of dodgy web transactions is dropping – but that doesn't mean you should get complacent.

Bowerman advises consumers to get familiar with the latest advice in the Cardholders section of the Card Watch website. Knowing which cons are in operation is key to staying safe online. In some cases, the swindles are old ones that have migrated to the internet. But what are they? Let's take a look at the scams, how to spot them and how to avoid them.

Every tentacle of internet crime is out to grab one thing: your money. Internet criminals contribute over a billion dollars a year worldwide to the underground economy. The key to staying safe lies in knowing the scammers' current favourite tricks.

One of the most common tricks is advanced fee fraud. The general approach is to dangle the promise of huge gains in front of the unwary and then ask for ever-increasing fees, expenses and local taxes before they dole out a slice of the fictional cash pie.

The scammers rely on victims spending so much in their fruitless pursuit that they feel compelled to keep going. Victims can end up bankrupt, homeless and suicidal.

The most common form of this scam is the infamous Nigerian 419 letter. The approach is made in an email that claims the family of a dead official need help exporting a huge fortune. Initially you're asked for your contact details, but identity theft isn't the goal. In return you'll be asked to pay some kind of fee. If you pay that, another email arrives asking for more money.

A close relative of the 419 scam is the fake lottery. This begins with an email claiming that you've won a huge amount in an overseas draw. In order to process your claim, you need to pay a local lottery tax. Enough people fall for fake lottery scams every year to make them very profitable.

The rule is that if you didn't enter a competition, you can't have won it. It's as simple as that, as our bank manager knows through bitter experience: "We get people coming in saying 'I've been told I've won a lottery abroad.' We ask if they've ever bought a ticket and when they say no, we ask why they think they've won," he says.

When gain is really loss

While we're talking about easy money, it's worth keeping your eye out for pump-and-dump scams. Here, criminals buy up a bucketload of unloved shares. Inboxes around the world are then sent spam tipping the stock as a sure-fire winner.

The hope is that people will contact their brokers, buy the stock and push its price higher. When the price shifts up, the scammers unload their holding and trouser a profit. This sell inevitably depletes the price and punters around the world are left nursing a loss.

The infallible prediction scam is also a criminal's favourite. Here you're promised, say, the name of a winning horse for a fee. You pay and you get a nag's name. But the scammer is also talking to other people, telling them different horses in the race will win.

Inevitably one will win and the person who receives that horse's name will believe the scammer is somehow in the know. When the next race comes along, the scammer contacts his pool of now seduced clients and sends them different horses' names. Again, some will inevitably get the winner's name, further enhancing his reputation. In essence, the scammer is playing a mathematical game where he can't lose.

Playing with emotion is a lucrative game for scammers, and within hours of a natural disaster, emails begging for help begin to flood inboxes. But these emails are spam, and rather than collecting money for charity, the sites they point to save credit card details for later use.

It's a nasty con that exploits human kindness, but it's easy to avoid by waiting until an appeal is launched in the media and visiting the official site when it's announced.

A large amount of spam concerns fake drugs, where spammers target those looking for a good time. Viagra, stimulants, smart drugs and prescription-only medicines are all apparently freely available via internet pharmacies. In some instances, outfits have even offered cannabis and ecstasy.

The problem with buying illicit drugs online is that you're hardly likely to complain if they don't arrive. If you don't get what you paid for, there's no comeback. And what happens if the pharmacy is simply collecting credit card details? It isn't worth the risk.

Our final scam is that of the cold caller purporting to be from your ISP, who tells you that your PC is infected with a virus and needs fixing immediately. To do so, he gets your permission to 'access' your computer remotely in order to 'fix' the problem.

A few minutes later, he announces the problem is now fixed but that there's a small fee. He helpfully says that you can pay now with your credit card – and many people do. This swindle is spreading like wildfire as individuals try it.

Current page: Internet scams and how to beat them