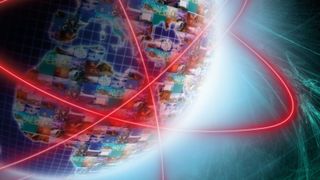 Amazon has moved to acquire yet another startup in the shape of ClusterK that includes technology that allows customers to saved thousands on Amazon Web Services (AWS).

First reported by Venture Beat, the deal is worth between $20 million and $50 million (around £13 million to £32 million, or AU$25 million to AU$63 million) and it's expected that the money-saving technology will be built into Amazon's EC2 Spot Instances product.

At the heart of ClusterK's offering is a piece of kit that allows customers to name their price for a share of servers running on AWS and run their applications for 10% of the price they would otherwise pay. It even includes fault tolerance when prices rise.

Amazon has been seeing plenty of interest in its Spot Instances since ClusterK began offering its capabilities to companies looking to save money and Marc Parrish, an investor in the startup, explained that it has been saving firms thousands.

The deal will see ClusterK's team relocate to Amazon's HQ in Seattle with founder and chief executive Dmitry Pushkarev taking on an important role at AWS and this should all result in Spot Instances becoming even easier to access for companies in the future.