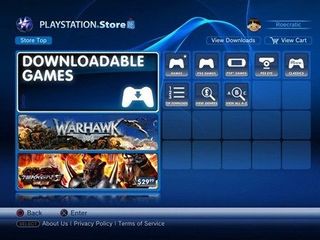 Coming to a small screen near you...

Hard on the heels of yesterday’s PlayTV news, we hear that Sony finally has concrete plans for delivering a video service to the PlayStation 3.

According to reports, a group of movie studio executives who have asked to remain anonymous, told reporters on Monday that Sony has started talks to bring movies, television shows and other video programming to its wildly anticipated PlayStation 3 store.

And although the company chose not to respond to the reports, last week on the PlayStation blog, a Sony representative did say that video would be coming to the console soon.

“Ultimately the goal of the PlayStation Network service will be to break through the overwhelming clutter of digital media to give you the TV, movies and gaming content you want. More on this very soon,” Sony's Peter Dille wrote on Sony’s blog.

Sony’s decision to bring video to its PlayStation store has been expected for years. Since 2006 the company has said that it wants to bring video to its console and considering the fact that Microsoft has been quite successful in offering a similar service on its Xbox Live Marketplace, Sony wants to capitalise on the market before it’s too late.