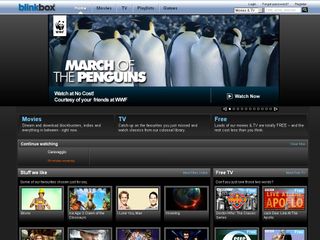 BlinkBox coming to the PS3

Movie-streaming site BlinkBox has announced that it has created a PS3 version of its service which will be available through the PlayStation 3's web browser.

The optimised version of the site can be navigated via a PS3 controller and will reformat depending on the size of your TV screen.

Both movies and TV shows will be able to be downloaded on the service, with programmes to rent starting from 39p and movies from 99p.

Speaking about the service, Michael Comish, CEO of Blinkbox, said: "The PS3 is the first of a number of devices to which we will be bringing Blinkbox, enabling customers to use our service on their TVs for instant streaming of new blockbuster movies – available on the same day as their release on DVD – as well as a growing library of free ad-supported titles."

BlinkBox's arrival on the PS3 puts it into direct competition with Sony's own movie download service which is available on the PSN.

Go to www.blinkbox.com for more details.