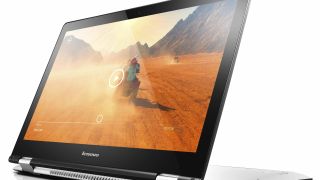 Lenovo is out with a host of affordable computing solutions at CES 2015.

The line can go up to an Intel 5th Generation Core i5 or i7 processor, though the Flex 3 11 middles about with a Pentium chip. All run Windows 8.1, feature up to 8GB DDR3L memory and up to 1TB HDD storage.

Going the more traditional laptop route is the S41 Notebook. A light metal machine, an up-to Intel Core i7 and discrete Nvidia graphics options gives the laptop some oomph.

It features a 14-inch FHD 1920 x 1080 screen and up to 1TB SSHD or 256 GB SSD storage. Dolby Home Theatre speakers housed in the 19.5mm thin frame should give users a powerful and portable notebook option.

If you're more of an All-in-One user, Lenovo has you covered.

Two sets of the C-series AiOs are due in March. Both the C40 and C50 feature Full HD IPS edge-to-edge displays and come equipped with Nvidia GeForce graphics and up to an Intel 4th gen Core i5 processor.

Coming in as the largest (and most expensive) of them all, the Lenovo B50 with RealSense 3D Camera boasts a 23.8-inch Full HD display that stretches to the edges. JBL speakers, next-gen Nvidia GeForce graphics and touch capacity make this PC perfect to fool around with.

The 3D camera not only brings three-dimensional entertainment to the fore, it also recognizes gestures and expressions for user control.