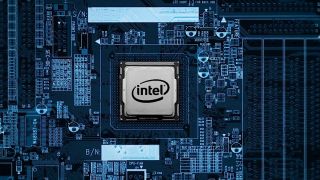 More details on Intel's next generation Skylake processors have seeped out at the Intel Developer Forum in Shenzhen, China.

First reported by Hexus, Intel used a conference session to show off the graphical capabilities on a range of machines, explaining certain versions of the Skylake processor will be capable of handling super sharp Intel Iris 6100 graphics.

The Skylake processors capable of handling Iris 6100 have a TDP (thermal design power) of just 15W, and Intel will release four such Core i5 and i7 processors before 2015 is out. The firm will then follow this up with four more SKUs, offering the same support in 2016.

Integrated Iris Graphics 6100 were first introduced into Broadwell processors earlier this year and Intel has only rolled it out to four different chips that all have a 28W TDP, except the Core i7-5557U that can bring this rating down to 23W.

Broadwell – a refinement or shrinking of Haswell's design, also known as a "tick" – and Skylake – a brand new design, or Intel's "tock" – are both built using a 14nm process. Plus, the fact that an Iris 6100 can be implemented inside a chip with a TDP as low as 15W shows the confidence Intel has in Skylake's power consumption.

When Intel's Skylake chips eventually get their full release later this year they will bring to laptops the obvious huge uplifts in both battery life and power efficiency, and will target both the high "Extreme" end of the market and low-end machines.