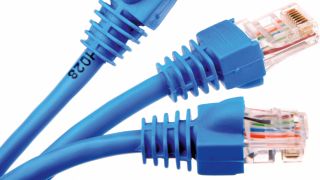 The Government has launched a new Enterprise Capital Fund that will invest at least £40m in cloud-based high-growth potential small and medium sized businesses in the UK.

The new Notion Capital fund is the eleventh, and largest, Enterprise Capital Fund, initially the fund is set at £40 million but this is expected to rise to rise to £94 million over the next few months.

The Department for Business, Innovation and Skills said the £40m raised includes "substantial commitments" from private investors, the government and the European Investment Fund (EIF).

"It is absolutely vital that ambitious small firms can access the finance they need to expand and grow, and this new Enterprise Capital Fund will provide at least £40m of funding to viable UK high-tech businesses," said business minister Mark Prisk.

"Notion Capital is the largest Enterprise Capital Fund to date and will help a significant number of firms to grow and create jobs, boosting our economy."

Enterprise Capital Funds were established to address a market weakness in the provision of equity finance to small companies. Government money is used alongside private-sector cash to establish overall funds that target investments of up to £2m.

From its first fund, Notion Capital has already invested almost £31 million in 10 high-growth companies including some of Europe's most exciting and fastest growing companies such as Brightpearl, eSellerPro, NewVoiceMedia, Star and Tradeshift.

Stephen Chandler, Managing Partner and Co-Founder at Notion Capital commented: "Our strategy is to only invest in what we know (i.e. Cloud Computing and SaaS)"