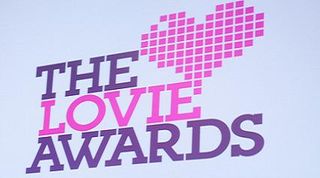 The International Academy of Digital Arts and Science (IADAS) - the organisation responsible for presenting the world-renowned Webby Awards and Internet Week Europe - is today calling for entries for the second Lovie awards - named in honour of Ada Lovelace, the first computer programmer.

2012 will mark the second year of the awards, winners last year, included game-changing app Tweetdeck (Breakout of the Year), Who Killed Deon and SoundCloud.

Categories are divided into four key areas: Websites, Mobile Apps, Online Film & Video and Interactive Advertising and Media. Woven into these are permutations which cover all bases, from gaming to creative work to technical excellence.

While there are no cash prizes, winners do get a very attractive Gold, Silver or Bronze award and a huge amount of publicity for their site or mobile app.Plus the chance to get their name infront of an influential panel of judges.

Entry deadlines for The Lovie Awards

Entries can be submitted online through The Lovie Award platform: http://www.lovieawards.eu/