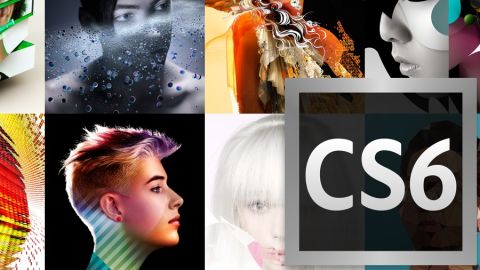 Adobe's latest Creative Suite is here - and we've teamed up with our sister site CreativeBloq to bring you all the key reviews from Adobe's peerless set of graphic design, web development and video editing applications.

The suite was last updated in April last year with the 5.5 release, but it's two years since it was given a full revision. Four versions of the suite are available, Design Standard CS6, Web Premium CS6, Production Premium CS6 and finally Master Collection CS6.

Get Creative Suite 6 (CS6) from Adobe

CS6 is the first suite that Adobe is offering as part of a subscription package called Adobe Creative Cloud - annual subscribers can a monthly fee of £38 while it's £57.17 for month-by-month subscribers, rather handy for situations where you need to bring in a few extra seats for a limited time as part of a specific project.

Here are all the key Creative Suite 6 reviews from TechRadar and CreativeBloq:

A new version of Photoshop is always a highlight in the designer's calendar, and CS6 is no exception. Those looking for the much-heralded Deblur filter, however, will be disappointed: it's far too early for inclusion this time around. In fact, those looking for big splashy show-off features will also be looking in vain.

When Apple released Final Cut Pro X last year, many veterans were up in arms as it wasn't just an update to the program they'd come to know, love and rely on, it was a complete departure from what they were used to. You either loved it or hated it. Those who fell into the latter category started to shop around, and Adobe was only too pleased to welcome new clients to their platform. With the release of the latest version, part of their major CS6 update, Adobe is working very hard to make sure their clientele stays put.

Adobe After Effects has a huge user base in the motion graphics and animation sectors, so any update to the power of this venerable compositing workhorse will be eagerly scrutinised by those working in broadcast and cross-media applications. Luckily for those artists (and Adobe), After Effects CS6 will do nothing to tarnish its status and appeal.

Adobe Illustrator is the industry standard tool for vector drawing and illustration, used by a wide variety of creative professionals including editorial illustrators, identity designers, textile and pattern designers, UI designers, motion artists and many others. It's always been an incredibly versatile tool, thanks to a broad feature set, and of course the fact that vector graphics are infinitely scaleable and in most cases relatively lightweight.

The web doesn't stay still, and new browsers and new technologies mean changes to your sites. With the explosion in mobile browsing, those changes are now bigger than ever before. Dreamweaver CS6 has added new tools for working with sites that scale from desktop, to tablet, to phone, using some of the latest CSS features.

Welcome to the new version of Adobe Flash Pro – Flash Pro CS6 (or 12 if you want to keep count). Over the last 24 months web development has seen a change in focus. Where rich content was the bastion of Flash and Flex, now HTML5 and various JavaScript libraries have taken on some of that responsibility. However, Flash has always had the luxury of being ahead of the curve when it comes to new features and new areas to expand and extend into.

The launch of any new iteration of the Creative Suite is hyped to the extreme by Adobe, which knows that there's an army of fanatics out there eager to lap up every new whizz-bang feature, tweak and addition regardless of how subtle some of them may seem to the slightly more jaded reviewer. Amidst all this hoopla, Photoshop, without exception, takes the lion's share of the limelight, followed by Illustrator and After Effects, leaving InDesign languishing in fourth place in the attention and column inches stakes.

What's in each version of CS6: