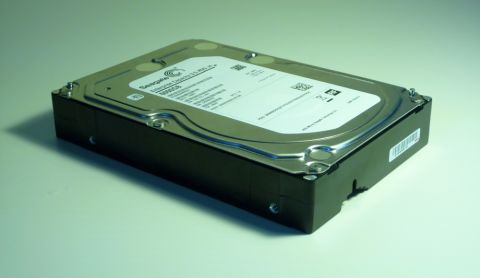 Seagate and HGST have achieved this new storage capacity in different ways. HGST has developed technology that allows them to inject helium into the drive, which creates less friction than air, and therefore allows more platters to be squeezed into the disk.

Seagate has improved the areal density by around 10% with its 4th generation disks, from 578 Gb/ square inch to 633Gb/square inch.

A knock-on effect of increased density is better sequential performance. With more bits squeezed into the same physical space, the disk head will be able to read or write more data with each movement, so a cluster of large files stored in one solid chunk on the disk will copy incredibly fast.

The improvement will be much less pronounced for smaller files spread across the disk though, which unfortunately are the files you'll likely use most often - operating system files, software applications, and so on.

Improved storage capacities couldn't come sooner for the hard disk industry, given the competition posed by solid-state technology. Some manufacturers have already thrown in the towel completely, unable to see a long-term profitable future for the technology, and sold off their hard disk storage division.

The mechanical nature of hard disks leads to far slower access times and performance than you get with electronic transfers from flash memory in an SSD. They're also heavier, consume more power, and are more prone to failure if dropped, none of which are helpful for mobile computing.

Hard disks still have a few inherent advantages though, one of which is much better pricing per GB of data. Although the Seagate ST600NM0024 is expensive, you still get more storage for your money than with an SSD, and for 4TB drives there's a far wider chasm between SSD and hard disk prices.

SSD prices are (very approximately) halving each year though. Capacities are increasing too, but SSD firms are now running into technical challenges that could mean fewer capacity and performance gains in the future. With continued investment, hard disk companies can maintain the pricing advantage over SSDs, ensuring both technologies have a place in the computing world, in the short-to-medium term, at least.