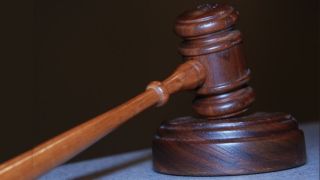 The sound of the gavel must haunt Google's dreams by now

Cisco and Google have this week announced that they have entered into a long term patent cross-licensing agreement, covering a broad range of products and technologies.

The agreement will give each company a license to the other's portfolio. The move is essentially a strike against possible patent trolls and patent privateers. The growth of patent trolling has exploded in recent years, affecting a number of high-profile companies. Both firms in the agreement are also members of the Coalition for Patent Fairness.

Google has had its fair share of patent problems in the past. Last year a consortium of tech giants known as the "Rockstar Consortium" sued Google and others for violating Android patents and products. In January a court ordered Google to pay almost $1 billion (£600 million, AU$1.1billion) to Vringo due to the latter's ownership of advertising patents.

The California-based search engine giant also announced a 10-year cross-licensing deal with Samsung recently after years of costly litigation between the two.

Cisco has also been fighting against shell companies and patent trolls. In 2011 the company filed federal racketeering charges against a patent troll controlled by lawyers.

"In today's overly-litigious environment, cross-licensing is an effective way for technology companies to work together and help prevent unnecessary patent lawsuits," said Dan Lang, Cisco's vice president of intellectual property. "This agreement is an important step in promoting innovation and assuring freedom of operation."

U.S. President Barack Obama has called on the U.S. government to finish a bill that would lower the spread of patent to shell and troll companies, hoping to stop the growing number of patent-based lawsuits in the technology industry.