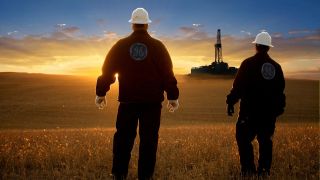 GE is almost ready to take the shackles off its industrial internet of things (IoT) cloud that is constructed to handle data drawn from huge pieces of machinery.

The Predix Cloud is specifically designed to cope with the data generated by industrial-sized machines such as jet engines, MRI scanners, generators and other huge pieces of kit, according to Fortune.

Predix Cloud has a number of elements including a Platform-as-a-Service that runs on top of Amazon Web Services for development and testing, although the deployment stage will take place using Predix data centres and infrastructure.

GE is hoping that by getting there and doing it first companies will flock to its solution. Whilst that will be true in the first instance, the likes of Microsoft and IBM will catch up with analysts already doubting that GE will hold onto its position at the top for long.

"GE knows the machinery, the industrial side very well but Microsoft, IBM et al understand software a lot more," said Yefim Natis, vice president and research fellow at Gartner. "The real winner here will be those companies that understand both sides."

It is currently being beta tested GE with the intention of rolling it our to corporate group by year's end and other customers will get it in 2016.