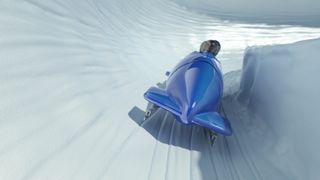 Dean Frohwerk, Olympic Architecture Solution Leader, Avaya, is part of the team responsible for delivering the communications network for the Sochi 2014 Olympic Winter Games. In a series of posts, live from the 'coalface' in Sochi, he will be sharing with us the challenges involved in creating the network.

"With the Winter Olympics now under way, teams, officials, volunteers and media have filled the Sochi Olympic Village. As they walk around, chatting in their various languages, they are carrying tablets, smart phones and other devices. Watching them, I am struck by what a hyper-connected generation we have become.

Just four years ago, at the time of the Vancouver 2010 Winter Olympics, netbooks were still in fashion, Android phones were just beginning to dent the smartphone market and social media was much less important. Most people didn't use Twitter and a social media presence wasn't a 'must' for all businesses.

Fast forward four years to today and the world is a very different place. According to Ofcom, in the last two years alone, smartphone ownership in the UK has doubled. Tablets have soared in popularity too: over 25% of UK households now own at least one.

Our embracing of smart devices and applications, coupled with our love to share, has made us a generation that expects to be able to communicate not just anytime and anywhere, but all the time, everywhere. We want to be hyper-connected.

BYOD for the Olympic family

Our desire for hyper connectivity is making its presence felt at the Winter Olympics too. The 40,000 predicted users of the Games network - made up of teams, volunteers, officials and the media - are all likely to have brought with them more than one bandwidth-hungry device, which they will expect to work seamlessly, wherever on the Olympic site they are. It's BYOD on a massive scale.

In order to build a network to cope with this, we drew on our experience with BYOD implementations for large, multi-site enterprises. For example, an enterprise BYOD network is capable of identifying and granting access to a range of user groups while concurrently ensuring stable, secure bandwidth.

The Games network does this too, using a tool that assigns network access rights and permissions based on a user's credentials and role (media, athlete, IOC official), where they connect from (Olympic village, competition venues, etc.) and how they connect. Users are then placed securely into the network with a pre-determined level of service.

All these devices communicating over the network creates a lot of traffic. During the Games period we expect at least 1-2 terabytes of data a day, similar to the usage of a small city! In Vancouver in 2010, wired traffic outnumbered wireless by a factor of 4-to-1. In Sochi, the ratio is expected to be reversed, with Wi-Fi traffic being the main form of access. These Games should are unique in the way that the network is largely wireless, for the first time ever.

All this connectivity means we have come to expect lots of information, almost instantaneously. Meeting this expectation has led to another Sochi network first - these are the first Olympic Games to deploy IPTV technology. The IPTV network provides onsite coverage for the Olympic family (teams, media, officials and volunteers).

Approximately 1,500 television screens across all the venues - including the Olympic Village - are broadcasting 36 HD IPTV channels over the IPTV network to the Olympic family, and we expect this to have a huge impact on their experience of the Games.

For example, a journalist watching the figure skating live in the Bolshoy Dome will be able to also watch the downhill skiing, simultaneously, on HDTV. Or a photographer has instant upload access to thousands of photos from wireless-enabled cameras, from the moment an athlete crosses the finish line. The IPTV channels provide fast, reliable access no matter where he is uploading from.

We have become a race of always-connected, information hungry people and the Sochi 2014 Olympic Winter Games are a reflection of this, largely thanks to its network - custom-built for a high-tech, hyper-connected generation."

Next week, in my final post in this series, I will be looking at what businesses can learn from the Olympic network deployment.