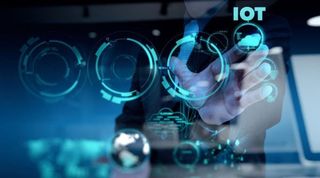 The Internet of Things (IoT) landscape has expanded rapidly over the past ten years, with a staggering 20 billion connected devices expected to be deployed by 2020. The potential applications for IoT sensors and devices span a vast number of industries, with IoT technologies expediting the growth of smart cities, autonomous vehicles and connected industry technologies. However, in order to reach its full potential, the sector must first overcome two key challenges – connectivity and scalability.

Solving these challenges will be crucial to the long-term growth of IoT networks, and the connected technologies that they underpin. Improving network longevity, scalability and reliability are key challenges for the industry, however these responsibilities don’t fall on network providers alone. IoT vendors also have a significant role to play in terms of improving connectivity infrastructures and facilitating greater innovation in the sector.

Network system providers do have a crucial part to play in industry scalability on a broad level, namely by adapting their backbone networks to improve support for IoT devices. Crucially, Spanning Tree Protocol (STP) - the primary protocol used by the majority of network providers – needs adapting in order to improve network reliability.

The primary benefit of STP is its ability to eliminate bridge loops in Ethernet Local Area Networks (LANs) and prevent the network loops commonly to blame for widespread network outages. However, when this protocol fails, troubleshooting the subsequent problems can be incredibly complex and time-consuming - posing serious challenges for many IoT technologies, particularly in the healthcare and autonomous vehicle sectors.

Leaders in the IoT sector, and network providers themselves, have wide-ranging views in relation to the best alternative to STP; with some providers advocating Multi System Link Aggregation (MLAG) and others indicating a preference for Shortest Path Bridging (SPB). Many argue that the former, which extends link redundancy and active-active load shares to utilise the full bandwidth is a simple and cost-effective protocol which could entirely replace STP. Whereas other industry leaders suggest that SPB, which delivers loop-free multi-pathing and network consolidation, is a more reliable, highly scalable, and sustainable alternative for supporting IoT mesh networks.

IoT vendors themselves also have the potential to improve connectivity and scalability from the ground up. At the R&D stage, considerations regarding a device’s access and identity controls and network capability are key to ensuring that future networks are scalable. These considerations should also cover the connectivity needs of individual devices within the network. How much power will each device consume? How quickly will they need to react to their environment? How much data will they store and how much do they transmit?  Is the device going to be mobile?

These questions are important considerations that will help companies creating new IoT devices to implement the connectivity options which are suitable for long-term sustainability and growth. At the data link layer, LANs are the prominent connectivity option for IoT devices in close proximity to each other. However, new IEEE 802.15.4 standards such as ZigBee, Thread and Z-Wave are increasingly being used for home automation products with more complex functionalities. These new protocols are specifically designed to carry small data packets across a mesh network, while consuming relatively small amounts of power, making them perfect for smart home and smart building applications.

Internet Protocol Version 6 (IPv6) and User Datagram Protocol (UDP) are the most widely adopted standards at the networking layer, however connectivity options at the application layer are comparatively more diverse. While HTTP was once the most commonly utilised standard, it’s high overheads ultimately limit its scalability. Newer standards such as Constrained Application Protocol (CoAP), which was designed for interoperable networks is a far more sustainable connectivity option for quickly growing IoT networks.

The IoT landscape is evolving at an ever-increasing pace, with investment into the sector expected to reach a staggering $1.2 trillion by 2022. Designing scalable networks which help support long-term growth and sustainability will be absolutely fundamental to the long-term success of the IoT industry. In addition to the challenges of connectivity and scalability, network providers and device vendors also need to continually evolve sound data security models for IOT devices to combat the on-going threat of device or network compromise.

In order to achieve the staggering uptake envisioned by industry leaders, the sector must immediately turn its focus to implementing new protocols and security measures which can support millions of new IoT devices a year and work to educate business leaders on the importance of adopting a holistic approach to their IoT strategy.