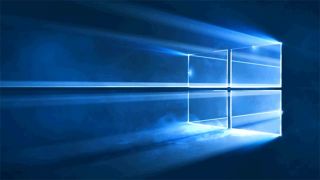 The all-singing, all-dancing 'final' Windows 10 version appears to be going through its final checks in Redmond, as the final few tweaks are rolled out.

Windows Insiders will soon be taking a peek at one of the final builds - including the update that renames Xbox Music to Groove and overhauls the Movies and TV App.

Writing on the Windows blog, Microsoft's Brandon LeBlanc explicitly refers to an extra build when he said "Here's a quick overview of the new features you'll find with both apps in the build coming to Windows Insiders this week."

But, more excitingly, the chances that Microsoft will be releasing the "final" Windows 10 code have increasing significantly as signs of an RTM (release to manufacturing) build have emerged on a reputable build tracker, Buildfeed.

Build 10163 is expected to come any time now with Windows 10 RTM likely to be signed off by Microsoft on Friday.

The company released three builds last week in a surprising twist and has already committed to solving as many bugs as possible before the launch of Windows 10 on July 29, rather than introducing new features.