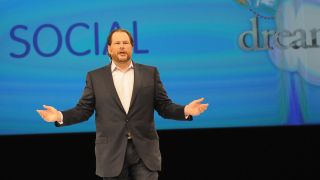 Businesses are keen to predict the future. As a result, predictive sales analytics usage will increase 135% over the next year and a half, according to a new report from Salesforce.com.

One of the reasons a gulf has emerged between successful teams and struggling teams is mobile sales technology. The report reveals that successful organizations are five times more likely to rate their mobile sales capabilities as outstanding or very good, and 60% of these teams use or are planning to use a mobile sales application.

Conversely, only 9% of underperforming teams use mobile apps in their sales processes. In general, self-identifying high-performing sales teams are more than twice as likely to be heavy tech adopters than moderate and under-performing teams, according to the report.

For organizations that are struggling to accept the technologization of sales, a new, more complex reality is emerging. Not only are smartphones and tablets taking over the sales process, but 83% of all sales teams are currently using or planning to use wearables in some form in the next two years.

A grain of salt

Obviously, as one of the leading providers of sales applications, the findings of this report butter Salesforce’s bread.

In the past year, Salesforce has been an aggressive proponent of sales apps for wearable devices. The San Francisco-based CRM giant has worked with Apple to design apps for the Apple Watch in order to provide sales teams with access to glanceable information and notifications.

Salesforce launched the Salesforce Wave and Salesforce1 apps for Apple Watch along with a new SDK for partners to create their own wearable apps.

So, it should come as no surprise that Salesforce is responsible for a report that sounds the alarm for the technologization of sales. Despite this obvious bias, it’s pretty much a no-brainer that access to customers, teammates and data across multiple portable devices is beneficial to all businesses.

Which are the 10 CRM systems your business needs to know?