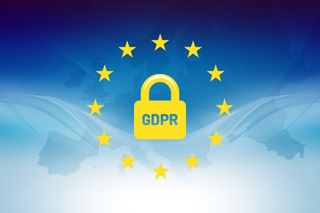 Several months on from GDPR, the new laws are having a dramatic effect on how news websites gather information on their readers.

A new study has found that the number of tracking cookies on EU news sites has fallen 22 per cent since GDPR came into force, with the UK has seen the biggest drop, with a post-GDPR fall of 45 per cent fewer cookies.

Cookies related to website design and optimisation saw the biggest overall fall, with 27 per cent less in July compared to April, with advertising cookies dropping 14 per cent and social media falling nine per cent.

However major technology companies such as Amazon, Google and Facebook seem not to have been affected by GDPR as much, with only one per cent of news sites ditching Google cookies, five per cent dropping Facebook cookies and two per cent getting rid of Amazon cookies.

The research, conducted by the Reuters Institute at the University of Oxford, compared cookie usage on 200 news sites across seven EU countries, including the UK, in both April 2018 and July 2018.

Despite GDPR leading to policy changes in many areas, 98 per cent of news sites in the EU still use some form of cookies, meaning that user tracking may still be happening at a smaller scale.

"We may be observing a kind of 'housecleaning' effect. Modern websites are highly complex and evolve over time in a path-dependent way, sometimes accumulating out-of-date features and code," researchers Timothy Libert, Lucas Graves and Rasmus Kleis Neilsen said in their report.

"The introduction of GDPR may have provided news organizations with a chance to evaluate the utility of various features, including third-party services, and to remove code which is no longer of significant use or which compromises user privacy."