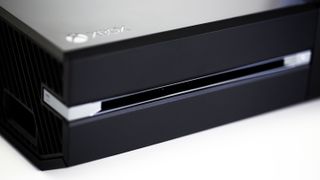 Now he's got a picture AND a console

Remember pointing and laughing at Peter Clatworthy last week? The man who bought a really rubbish picture of an Xbox One for £450 on Ebay? Well, he's the one laughing now because he's been given Microsoft's latest console completely free.

In an incredible feat of Homer Simpson-esque dumb-luck that would've made Frank Grimes throw himself in front of a train, Peter has been given a free Xbox One by retailer CEX in an act of Christmas benevolence (publicity stunt).

Peter has also just signed a new contact with E! Online for a new reality show where he buys things on Ebay and then complains when they show up exactly as described.

Angry you're not getting a free Xbox One? Cool down with some more awesome blips.