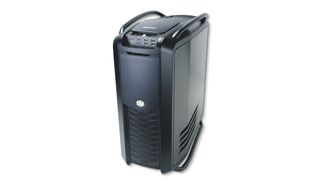 The modern PC: It's all about power!

The PC is dead. Long live the tablet. And the smartphone. And maybe the tablet convertible.

Whatever, just not the PC. That's a goner, right? Unquestionably. After all, the simple, incontrovertible fact is that we've seen record falls in PC sales over recent quarters.

But it's also completely wrong. At least, it's completely wrong if it means you assume the PC's status as the most advanced computing platform is coming to a close. Here's why.

Let's look at those PC sales figures for starters. According to analyst outfit Gartner, sales have fallen for five quarters on the trot. That's a record. Unit sales fell 10.9 per cent in the second quarter of 2013 alone. Terrifying.

This is no blip

Making matters worse, this isn't just a blip due to weak economic conditions, consumers rejecting Windows 8 or any of that shizzle. It's because people are buying tablets. Is it a fundamental and likely irreversible shift?

Actually it's not such a scary overall picture for the PC. The critical issue here is that the lost unit sales are largely at the lower end of the PC market. Cheap, commodity-spec, throw-way boxes powered by low-end chips and of zero interest to anyone who actually cares about Pcs.

Meanwhile, there's no sign of imminent implosion at what you might call the enthusiast end of the PC market. In fact, quite the opposite. Sales of Nvidia's high performance graphics chips for PCs are actually growing.

OK, the growth was only 3.9 per cent in revenue terms for the second quarter of 2013 in year-on-year terms. But the PC is a very mature device and the bottom line is that any growth pretty much scuppers the notion of a device in catastrophic decline.

Hang on, revenues up?

Then there's the most recent PC games revenues from EA, one of the biggest hitters in the business. They're up by eight per cent. Again, hardly compatible with prognostations of certain death.

Indeed, the picture is similar where ever you look. Interesting PCs for doing really fun or serious computing are doing well. Cheap and nasty PCs are being replaced by much snazzier, slicker tablets. All sounds dandy to me.

Of course, it's not quite as simple as all that. High end PCs have always relied at least to an extent by the economies of colossal scale provided by the commodity end of the market.

What's more, you could point to the increasing stagnation of CPU specifications as a sign that the PC is now in terminal decline. More likely, however, that simply reflects the lack of competition in the PC processor market.

The last five years have seen serial failures by AMD to take the fight to Intel, meaning that AMD is now having to refocus. And so Intel has been able to get away with some pretty spectacular sand bagging and profiteering. Meanwhile, healthy competition between AMD and Nvidia for graphics supremacy has kept progress ticking along.

All of which means that for the foreseeable future, things look good for interesting Pcs. Indeed, as x86 PC processors become more power efficient, it may even see a resurgence into the mobile space currently dominated by ARM-powered tablets.