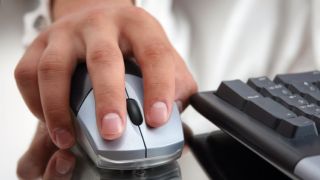 The recently reported results of a survey by Tech London Advocates showed that a lack of skills and challenging immigration legislation threatens to inhibit growth in the capital and London's position as a global technology hub.

But despite this apparent talent shortage, many technology companies are thriving, with ambitious growth plans, and this sector is central to the continued recovery and growth of UK PLC.

The results of Barclays' recent Employers Survey revealed that more than 70% of tech firms plan to increase wages in 2014, but the survey also showed that over 40% of respondents were struggling to get sufficient skilled labour; consistent with the findings of Tech London Advocates.

However, a lack of talent isn't the only problem facing London's tech sector. High operating costs and a shortage of available workspace is encouraging businesses to consider locations outside of the city.

More to UK than just the capital

Now, there are plenty of other places in the country that can argue their status as the major technology hub of the British Isles. With the UK's tech talent spread across many different locations, we should no longer perceive London as a tech hub in isolation.

Manchester has become one of the busiest hubs for technology activity in the UK. Workspaces such as Techhub, SharpProject, the Manchester Science Park and MediaCityUK, have become home to some the UK's most innovative technology businesses.

Meanwhile, Cambridge, with a history of innovation spanning back to the 1960s, is considered one of the most important centres for technological excellence in Europe.

Recruitment and retention of the brightest and best talents in the technology industry has been a long-standing issue in other parts of the country; often because of the higher wages on offer in London.

But one of the issues now facing employers in London is that a lot of employees are starting to factor in the quality of life they can afford away from rocketing property prices in London.

The UK's various universities and academic institutions have also played a big role in developing people with the skills needed to enable regional technology hubs to flourish. The assorted funds and accelerators on offer from these institutions add real value to the reputation of Manchester, Cambridge et al, as top destinations for the tech industry.

It is absolutely right that initiatives to encourage young people to study STEM subjects and develop digital skills are enacted and London has a role to play in making the UK a shining beacon of creativity and innovation.

But as communication networks improve and transport infrastructure makes many locations much more accessible, it makes little sense for one place to work on developing the talent needed in isolation.

The foundations have now been laid to create a network of regional tech hubs, highly connected with an abundance of local talent and resources, working towards the same goal; namely making the UK a truly silicon island.