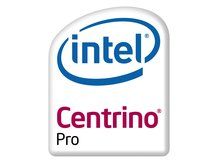 Intel has teamed up with Ozmo Devices to create WiFi PAN

New wireless short-range technology is being demoed today at the Computex trade show in Taipei.

The tech called WiFi PAN is made in conjunction with Intel and Ozmo Devices and is looking to take some of the limelight that main rival Bluetooth has been hogging.

WiFi PAN essentially can enable Centrino-based laptops to connect to peripherals such as headsets, keyboards and stereo speakers. It even allows link-up to Apple’s iPhone.

While competing against something like Bluetooth might seem akin to hitting your head against a brick wall – especially in Europe where Bluetooth is as much a verb now as Google is – WiFi PAN’s collaboration with everything Intel Centrino-based might prove lucrative.

Ozmo Devices’ CEO Dave Timm pointed out in a recent press conference that around 50 million laptops due to ship next year will have Centrino chips – that’s half of all laptops due to hit the shelves.

WiFi PAN is also said to be able to compete with Bluetooth when it comes to power consumption and will reportedly provide greater download/upload speeds.

Timm also noted that where the technology may prove advantageous is with stereo systems. Currently Bluetooth has to compress music files before sending them to Bluetooth-connected stereos. WiFi PAN allows music to be sent uncompressed.

Considering, however, that both PlayStation 3 and Nintendo Wii use Bluetooth technology, as do most mobile phones, headsets, keyboards, mouse and printers, WiFi PAN has got a long way to go before it proves itself as the short-range communications tech of choice.

UPDATE: adjective has been changed to verb. Cheers for the heads-up on this - it was late!