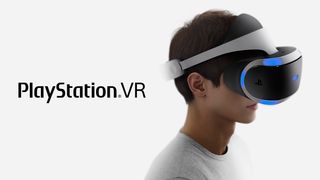 While the pre-order listing, which was reported first by Forbes, is still live, the price is no longer listed, with Sony telling the publication that "This was an error by Amazon, we haven't announced price for PlayStation VR."

This statement from Sony doesn't exactly deny that Amazon's listed price was incorrect, and if it does turn out to be true, it would mean the PlayStation VR would cost about $200 more than the Oculus Rift.

In all likelihood, the price is probably a placeholder for when PlayStation does eventually announce the price that was accidentally pushed out before it was meant to.

Still, it is interesting, as the page is listed on Sony's official vendor page on Amazon, but now that we do know the price of the Oculus Rift, Sony may try to position the price of the PSVR more competitively with the Rift.

Sony is still set to launch the PlayStation VR sometime in the first half of 2016, so we'll know the official price for the headset sooner rather than later.