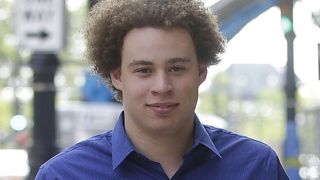 British cyber expert and WannaCry conqueror Marcus Hutchins has been spared jail time in the US.

Hutchins, 25, also known as MalwareTech, is widely hailed as a hero for his part in halting the spread of WannaCry back in 2017.

The Devon-born security researcher had been facing the possibility of imprisonment for building and distributing malware, and could have faced up to ten years in jail. However a court in Wisconsin has ruled he will instead receive a one-year supervised release sentence, freeing him to return to the UK.

Hutchins made headlines around the world after helping to stop WannaCry, which had targeted major organisations around the world, back in May 2017. In investigating the ransomware, Hutchins discovered a "Kill-switch" linked the the registry of the malware, effectively stopping it spreading further around the globe.

However three months after this, he was arrested by the FBI after attending the Black Hat/Def Con security conference in Las Vegas as US prosecutors said he was still liable for past actions.

Devon-born Hutchins admitted to creating both Kronos and UPAS Kit malware between 2012 and 2015 that could have let hackers steal online banking details from internet users, but explained how he had changed focus towards ethical hacking and cybersecurity research since then.

"I regret these actions and accept full responsibility for my mistakes," he wrote back in April on his website.

"Having grown up, I've since been using the same skills that I misused several years ago for constructive purposes. I will continue to devote my time to keeping people safe from malware attacks."

Hutchins may even yet receive a pardon from the corut, after ruling Judge JP Stadtmueller recommended his legal team pursue such actions, noting that the Brit has "turned a corner".