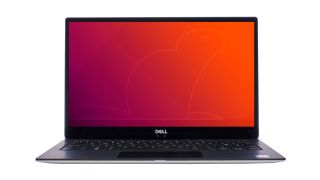 Canonical has released its latest Long Term Support (LTS) version of its popular Ubuntu Linux distribution, and it continues Canoncial’s habit of giving releases an alliterative animal-based name, with the distro also known as Bionic Beaver.

Ubuntu 18.04 LTS comes with plenty of new features, while building upon the changes that we brought in last year’s Ubuntu 17.10, and this means that Canonical’s own Unity desktop environment is no longer used, in favour of GNOME.

This switch, which debuted in Ubuntu 17.10, has been a long time coming. Mark Shuttleworth, founder of Canoncial, the company behind Ubuntu, last year confirmed on his personal Google+ account that Canonical “will invest in Ubuntu GNOME with the intent of delivering a fantastic all-GNOME desktop”, which put paid to Canoncial’s aim of getting Ubuntu on phones and mobile devices as well.

Another big change, which will surely stoke controversy, is that that Canoncial is no longer providing 32-bit installer images of Ubuntu. Again, this change was first seen with Ubuntu 17.10, and now it has arrived in the LTS version. For people relying on long term support for their older 32-bit machines, this could cause problems.

However, it follows similar moves by other distros that have dropped 32-bit support, as the industry moves away from older hardware to embrace 64-bit. For example, Tails Linux and Arch Linux have ditched 32-bit support in the past year.

The most controversial change with Ubuntu 18.04 LTS, however, is the fact that Canonical will now be collecting system usage data, something that’s sure to rile up privacy-conscious Linux users who have dismissed operating systems such as Windows 10 for similar reasons.

This means Canonical receives data on the version of Ubuntu installed, the manufacturer of the machine you’re running it on, CPU model, desktop environment, packages installed and more.

This data collection is turned on by default, but to Canonical’s credit it appears to be pretty easy to switch off, and the company insists that the data it collects will not be enough to identify users or machines.

The data will also be made publicly available, which could give us a better idea of how popular certain flavors of Ubuntu and its software are, and how it is used. The data could also be used to help improve future versions of Ubuntu, but it remains to be seen if this is enough to appease Ubuntu users who value their privacy.

But, let’s get back to the positive changes brought with Ubuntu 18.04 LTS. It comes with the latest Linux kernel (4.15), hardware acceleration for Nvidia graphics cards for the cloud version of 18.04, faster boot times and a new Hyper-V optimised image for improved performance when running Ubuntu 18.04 LTS on a virtual machine inside Windows 10.

This last feature was worked on in conjunction with Microsoft. Craig Wilhite, Program Manager, Microsoft, has said that “In our upcoming OS release this spring, Hyper-V’s Quick Create VM Gallery will now include an image for the latest Ubuntu 18.04 LTS, officially stamped straight from Canonical”.

We assume by upcoming OS release this spring Wilhite is talking about the upcoming Windows 10 April Update, which has been delayed but should be coming out soon.

For more information about what’s coming in Ubuntu 18.04 LTS – both good and bad – you can check out the official release announcement, and make sure you read our in-depth interview with Canonical about this divisive new release.