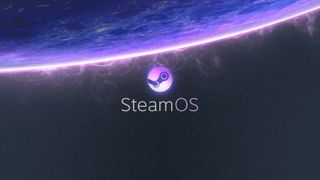 Drivers need to be better optimised for Valve's OS

If you're looking forward to getting a Steam Machine for your living room gaming at some point, some news has emerged which might dampen your enthusiasm a little – namely that SteamOS is actually considerably more sluggish than Windows 10 right now.

This comes courtesy of some Ars Technica benchmarking which pitted Windows 10 Pro against SteamOS on a rig powered by an Intel Pentium G3220 (dual-core) running at 3GHz backed with 8GB of RAM and a GeForce GTX 660 graphics card (with 2GB of video video RAM).

When it came to Geekbench 3, there wasn't much difference between the two operating systems in single-core or multi-core tests, although Windows 10 still had a slight lead.

However, when Ars fired up benchmarks in actual games – they picked some intensive titles to tax the system, namely Middle-Earth: Shadow of Mordor and Metro: Last Light Redux – SteamOS fell behind rather badly.

For example, with Shadow of Mordor running at 1792 x 1120 resolution on high details, the test rig managed just over 50 fps on Windows 10, compared to 39 fps with SteamOS. With the details ramped up to ultra the experience on SteamOS became a "stuttering mess" at 14 fps, compared to a playable (just about) 34 fps on Windows.

Other benchmarks showed similarly pronounced gaps in favour of Windows 10 – check out the full results over at Ars Technica.

Why is this the case? It's largely down to video driver optimisation for Linux, and indeed optimisation of the games themselves, which again lags behind the attention given to Microsoft's Windows for obvious reasons.

That said, this picture could well improve in the future, particularly if the streamlined living room gaming experience that Steam Machines offer is appreciated, and they become more and more popular.

Hopefully Valve will work hard to improve the SteamOS installation process, too, because as we found in our hands-on with the operating system, it's something of a nightmare.