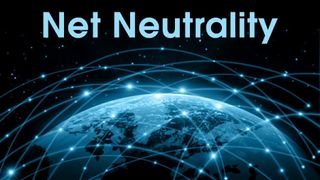 How net neutrality affects us

Net neutrality is a polarizing topic for many. With the amount of recent public debate over the concept and current FCC proposed regulations around it, many small businesses and IT decision-makers are confused by what this means for them.

In one corner are net neutrality opponents - mostly Internet service providers (ISPs) that would like the ability to, as most have described it, charge for "fast lane" Internet access. Their argument is that companies requiring higher bandwidth (e.g. Netflix) should be charged more.

ISPs maintain that proceeds from this tiered-type system would be used to build out the Internet's infrastructure to ensure better performance for all. Theoretically, content delivery network (CDN) vendors could also tend toward this side of the argument. After all, these organizations would stand to gain more business with the overturning of net neutrality (i.e. companies searching for affordable solutions to boost web performance).

Supporters argue that net neutrality keeps ISPs from arbitrarily blocking or slowing data traffic. They insist that if bandwidth is restricted to a tiered system, the Internet could potentially be dramatically slower for those (mostly small businesses and startups) that could not afford to pay for premium services. They could be squeezed out of the online marketplace and competition with larger companies would wither. It would create an economy of haves and have-nots.

But let's think bigger-picture. Today, startups and small businesses arguably drive much of the innovation that helps keep our economy alive. Innovation at its core, is about unforeseen capabilities that will likely not work if a tiered system is in place.

It's also about "the haves" being able to provide a better customer experience, which could create an unfair competitive advantage over the "have-nots." To overturn net neutrality means to restrict startups and small companies' ability to affordably conduct business, which in turn will stifle innovation.

Small-business owners and IT decision-makers might be tempted to think this is not their fight. But as the decision on net neutrality looms, it is imperative that everyone understands what the debate is about and how it will affect you, your business and the economy.

We at Instart Logic are staunch supporters of net neutrality, even though we (as well as CDN vendors) would stand to benefit greatly from the FCC's new plan to overturn it. Like CDNs, our SDAD architecture was built as a private network that overlays the Internet, in a sense. If net neutrality were overturned, we'd see an uptick in business from organizations that are desperate for better Internet performance but can't pay the tolls imposed by service providers.

Still, while the success of our business is important, overturning net neutrality would hurt entrepreneurs and small organizations that rely on Internet access to grow their businesses. This, in addition to the negative impact on our customers and the overall health of the Internet, are reason enough for our strong position in support of net neutrality.

While we don't know how this debate will ultimately unfold, we do know this: the Internet enables a wealth of innovation. Anything that limits the Internet limits innovation and the development of our future economy.