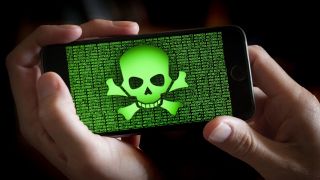 Google has banned one of China's largest app developers from its Play Store app marketplace following allegations of "malicious and deceptive behaviour".

CooTek has been hit by the block after it was accused of bombarding users with unwanted ads after promising to stop, according to a report from Buzzfeed News.

Best known for its popular free emoji keyboard app TouchPal (which has been installed over 100 million times historically), the Shanghai-based firm has ignored warnings from Google to continue its bad practices.

The news comes weeks after it was first revealed that over 200 CooTek apps were found to contain adware that made users' devices practically unusable.

Security firm Lookout discovered that 238 offending apps, installed over 440 million times, contained a well-hidden adware plugin, known as BeiTaAd. This kept quiet for at least the first 24 hours, or possibly up to a period of two weeks, before beginning the bombardment of obtrusive ads – just so the user won’t link the installation of the software to the problem.

Some installs became to obtrusive that users struggled to listen to music, send emails, or even make a phone call.

Following this, CooTek apologised and uploaded new versions of its apps which it promised did not have BeiTaAd installed. These apps were acceped by Google back into the Play Store, but Buzzfeed and Lookout found that at least 58 of the updated apps contained old and new code that helped them continue the same malicious ad activity.

CooTek, which recently opened an office in California to help its global expansion, denied the claims, telling BuzzFeed that “the findings claimed by Lookout this time are lack of evidence and the logic is not convincing," however Google has confirmed the findings and pulled all the offending apps.