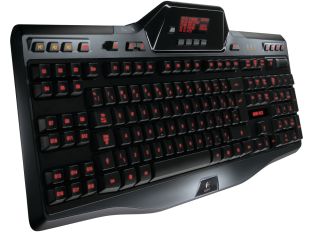 The PC Gaming Alliance has released figures that suggest that annual shipping volumes for PC gaming hardware were two times the combined amounts for all the major consoles last year.

With the PC perceived as being increasingly marginalised by major companies, the figures from the PCGA Horizons report serve as a timely reminder that the platform remains not only buoyant but massively profitable.

"Annual shipment volumes for the PC gaming hardware market in 2009 were over two times larger than the combined Wii, PlayStation 2, PlayStation 3 and Xbox 360 console units shipped in the same period," said the PCGA report.

"This trend for the PC Gaming hardware market to outpace all console shipments combined is expected to continue through the forecasted period of the research," it adds

"In addition, revenues from consumer PCs capable of gaming that shipped with a discrete GPU (excludes netbooks and integrated graphics-based PCs) totalled approximately $54.6 billion in 2009 and are forecasted to grow to $61.3 billion by 2014."

"PC gaming is the highest profile and most mature example of a new era of computing systems based on usage," said Richard Shim, research manager at IDC covering PCs.

"These new usage-based systems are hardware configurations optimised for an improved user experience.

"Consumers are often willing to pay more for such an experience. In the case of gaming PCs, up to 25 per cent more as compared to a mainstream system."