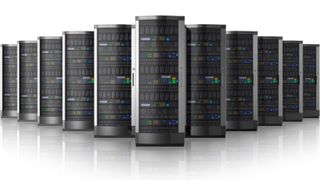 Dell's on the KACE

Dell is aiming to make it simpler for businesses to upgrade from older versions of operating systems with a new version of its KACE Deployment Appliance.

With the end-of-life of Windows XP on the horizon, many companies are looking at upgrading their systems on a large scale. KACE 3.6 adds a host of new features to improve that upgrade and circumvent "major migration roadblocks".

The appliance is compatible with all operating systems for Windows tablets, laptops, desktops and servers as well as Apple laptops and desktops, offering wide-ranging coverage.

Multicasting is added in version 3.6, allowing the appliance to deploy new operating systems and applications on up to 250 multiple systems at the same time. The image is transferred just once, resulting in minimal bandwidth use.

Integrated with the new multicasting system is a revamped task engine. The engine automates and controls the deployment tasks, including multiple reboots. The engine can automate scheduling and sequencing, allowing administrators to perform a "lights-off" operation in proper off hours.

David Kloba, general manager for Dell Software, said: "With the latest release of our Dell KACE K2000 Deployment Appliance, we offer a smarter approach to systems imaging that will help customers successfully move off Windows XP and be better prepared to handle large-scale deployments across multiple devices and operating systems."

Windows XP still holds a large share of the computer market and with April's support deadline drawing near, companies should begin to think about upgrading to Windows 7 or Windows 8. There should be no cause for panic, though, as Microsoft has extended its software support past the end-of-life (for the price of a subscription fee).