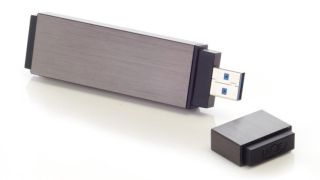 The speed and efficiency of flash is making serious impressions on the enterprise, as organisations across multiple sectors eye the benefits of the technology.

But those who work with flash every day believe the advantages currently being reaped only represent the beginning of the journey for flash in the enterprise.

Vaughn Stewart, Chief Evangelist at Pure Storage, shares this philosophy, so Tech Radar Pro cornered him to get the low down on why flash is so important and where it is now taking IT.

TechRadar Pro: We've been hearing a lot about enterprise flash recently, but what's the big deal?

Vaughn Stewart: Flash is a massively disruptive technology. Enterprise storage vendors that are still reliant today on hard disks for performance storage are in a position eerily similar to that of Kodak a decade ago: confronted with a new technology that can dramatically undercut their current products and disrupt their business model.

When we talk about flash being disruptive, let's look at what it has changed outside of the datacentre already. Take companies that make 35mm film for cameras for example. Kodak's business was changed overnight by flash-based digital cameras.

Flash provides greater scalability and application consistency while consuming fewer datacentre resources than anything possible with disk-based storage. But it's not as simple as a new broom sweeping older technologies out of the way in an instant.

TRP: Where else is flash making waves?

VS: Outside of the datacentre, flash-based storage is the stuff that makes smartphones and consumer web applications like Google search and Facebook so quick. Many laptop computers use flash storage, in the form of SSDs.

Our phones and MP3 players use flash. Our search engines and social networks deliver results and analyse problems before we've finished our sentences – all thanks to flash.

TRP: Why have some companies been slow on the uptake of flash?

VS: In the case of enterprise flash, cost has been the barrier to broad market adoption. Flash is expensive, so most vendors implement it in small quantities alongside disk to aid performance by acting as a cache. A better, more cost-effective way of fixing this is to combine flash with software that makes it more affordable – by using less flash – and more reliable by reducing the volume of data being written.

TRP: How can flash users extend the life of flash?

VS: Real-time data reduction technologies extend the life of flash by reducing the volume of data being written. SSD reliability increases in direct correlation to the number of data reduction technologies. Only some arrays are capable of this – and many more are hybrids of flash and hard disk, which combine the weaknesses as well as the strengths of both and ultimately fall short on reliability.

TRP: What's wrong with a hybrid array, where storage combines both flash and hard disk storage?

VS: Hybrid storage is used by companies that want to combine the speed of flash with the cost efficiency of disk. But these legacy systems, with flash bolted on, combine all of the weaknesses as well as the strengths of both, which ultimately makes them fall short.

That is because flash stores and serves data in a manner that is significantly different than disk. Read activity is lightning fast, and too many writes can wear out the medium, but this is where software becomes key to making enterprise flash work, as it not only delivers affordability, it makes more reliable at a hardware level.

TRP: Ok, you've said that flash is fast, but what are the other benefits?

VS: While the immediate benefit of flash is apparent, there's a second less obvious benefit worth pointing out. We know that the value of all-flash extends beyond storage and boosts the speed of enterprise applications.

To take this argument one step further, consider the fact that a great deal of enterprise software is written to make allowances for the speed restrictions inherent in disk.

VS: Flash is already causing massive upheavals within the datacentre and we're just at the beginning of a tipping point. Some will take cautious steps, and choose the comfort of a legacy array strapped with flash or the promise of a hybrid. Both of these will help in the near-term.

The visionaries will embark on the journey to an all-flash-fuelled enterprise. All-flash storage systems, made affordable and reliable by software designed for flash, will help these leaders unlock multiple new opportunities and massively increase their competitive business advantage.

TRP: Finally, how will all this change enterprise storage?

VS: By removing the HDD, lag and utilising flash, a new realm of possibility emerges: