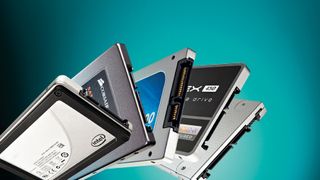 Tricky data recovery of lost files is failing to halt the spread of SSDs in organisations with just less than 90 per cent of companies enjoying the reliability and speed that the storage provides.

A technology use survey conducted by Kroll Ontrack reported that a third of global respondents have experienced a technology malfunction with an SSD and of that number 61 per cent lost data as a result of the problem.

The same survey shows that almost 90 per cent are enjoying the reliability and performance that SSD drives bring with 75 per cent of those surveyed plumping for fast data access when asked why they started to adopt SSDs.

Meanwhile, just 10 per cent gave reliability and energy saving properties as a reason for rolling out the faster drives to their organisation's systems thus glossing over one benefit beyond simply the advantage of the drives being super-fast.