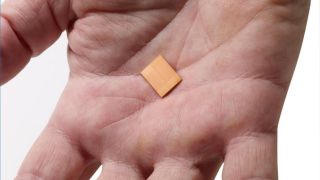 Only future processors would benefit from the change.

By reducing the power consumption of an essential part of a processor called the serial link, they claim that they would be able to save about $870 million (about £590 million, AU$1.14 billion) in annual energy costs for data centers in North America alone.

Extrapolating to 2020, the team reckons that they might be able to save enough energy from data centers alone worldwide to power an entire country like Japan (whose electricity consumption stood at just over 1000 tWh). Serial links account for about 7% of the overall energy consumption in a data centre.

Because processors are present everywhere, improvements on the way serial links work mean that power can be saved from tiny devices (in wearables for example) up to data centres.

The changes will benefit smartphones as well because serial links consume about a fifth of a processor's power. Changes there will allow either for more powerful processors or smartphones with longer battery life to emerge.