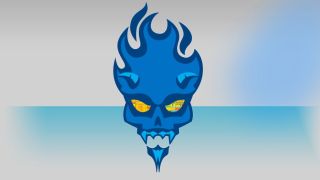 Intel has a devilish new line-up

Intel has announced its latest high-end processors to the world.

Codenamed Devil's Canyon (Intel's codenames are getting better), we first heard of this chip series back in March, but we're only now allowed to talk about the details. And the key detail is that this is Intel's first 22nm chip to be clocked at 4GHz across all four cores – more on that shortly.

Essentially though, this isn't a new generation of technology – it's the refresh of the Haswell fourth-generation Core processors which we saw launched a year ago – most of the parts will have minor performance bumps over their Haswell equivalents – they still use the same 22nm 3D Tri-gate transistor design.

This 'Haswell refresh' fills the gap before we see the fifth-generation 14nm Broadwell processors in 2015. We'd put our money on an announcement taking place at CES 2015, alongside numerous design wins. Intel's own roadmaps show the architecture slated for the first half of 2015.

Let's be clear - the Haswell refresh isn't a die-shrink of the existing 22nm Haswell microarchitecture. That will have to wait for Broadwell. So in Intel's tick-tock processor cadence the new releases have gone from Sandy Bridge (tock), Ivy Bridge (tick), Haswell (tock) and Broadwell (tick).

The next completely new architecture is the tremendously-named Skylake, which will debut in late 2015 or very early 2016.

Rival AMD launched the 28nm Kaveri at the start of the year based on its Steamroller architecture, which followed Richland this time last year, but it has not yet announced details of the follow-up.

Death of the desktop?

The Devil's Canyon parts are unashamedly enthusiast-level desktop processors. Think Intel is foolish for pursuing the desktop PC market? Think again. Amongst all the relentless hype that the PC market is in decline, the key fact is that millions of desktop PCs are still being sold and that the enthusiast/gaming market is actually growing – JPR predicts 6.5 per cent growth during 2014, with continued growth through 2016.

JPR Is also predicting that the market for PC gaming hardware will rise from around $20 billion in 2013 to around $25 billion in 2016. Similarly the same rise in gaming software revenue is predicted between a smaller timeframe - 2013 - 2015.

Lisa Graff, head of desktop platforms at Intel said in a conference call to us that "in Q4 2013 as we were looking at our desktop strategy [we saw] the growth in PC gaming was far more than across the PC market in general – there's some pretty strong growth."

Make no mistake, the Core i7 version is an incredible CPU that's fully socket compatible with the current 1150 pin LGA package (Devil's Canyon is compatible with both Series 8 and Series 9 chipsets) and features the latest on-board Intel HD 4600 graphics.

The maximum boost clock is a whopping 4.4GHz and there's a cited 88W TDP (Thermal Design Power) to match.

The four core, four thread i5 is clocked at 3.5Ghz out-of-the-box with a maximum boost clock of 3.9Ghz. TDP is again cited at 88W. Again there is Intel HD 4600 graphics on board.

The new parts include an improved thermal interface material (TIM) designed to enable improved overclocking over previous processor generations through better dissipation of heat, a problem with recent generations of high-end Core processors.

Intel calls the material used a Next-Generation Polymer Thermal Interface Material (NGPTIM) and adds that the new ships have new capacitors to 'smooth' power delivery to the die during high performance.

"We developed this on a very tight timeline", adds Graff. "We looked at it in Q4 2013 and gave ourselves a target to get to 4Ghz and with a nice overclock bump in 2014 not 2015. And, since we were coming out with our Series 9 chipset, let's time it with that.