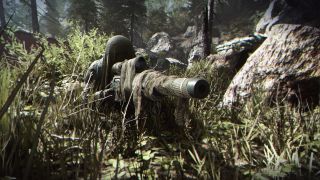 Call of Duty: Modern Warfare Gunfight is the newest mode to hit the extraordinarily popular FPS series. Last year we were blessed with an exceptional take on the battle royale genre thanks to Black Ops 4 and Blackout. This year we’re going as far as possible in the other direction with Gunfight, which pits two teams of two people against each other in tiny maps.

The whole thing is designed to get your stress levels rising and make for a tense but short-lived experience. It’s a lot of fun, but it’s also unlike anything else in the game. To help you out, here are some Call of Duty: Modern Warfare Gunfight tips.

Mode immediately after the round starts

Inaction is a killer in Gunfight. This is never truer than at the beginning of each round. You’ll spawn in and see a countdown happening, have a look at your weapons and be ready to move as soon as you’re able to do so. Otherwise, you’ll be picked off from across the small maps by the enemy team who will have moved instantly.

Another crucial part of Gunfight is your mobility in general. It’s not good enough to attempt to take someone out and simply stay there. You’re more likely to be up against a due who are talking than you are in other modes, so the chances are that staying still will be the death of you. Take your shot and then move; this is even more essential if you didn’t manage to kill your target.

Play with a friend (and talk a lot)

Communication is key in any relationship; it turns out this even applies when it comes to multiplayer in games too. While you can play Gunfight on your own, it’s far better to go in as a duo with a friend. That way, you’ll be able to chat to your teammate and talk about where the enemy is as well as tactics before each round starts. It’ll make the whole thing a lot more enjoyable.

Not you personally, although empathy isn’t a bad thing. Due to the small spaces, you’ll be navigating in many of the Gunfight maps; you’ll want to be able to look around quickly. While this is easy to do on PC, console players should definitely consider upping the sensitivity of their movement controls. You can’t afford to lose even a split-second when looking around a room for an enemy; they’ll have filled you with holes before you even get a chance to react.

The opening moments of each match are usually filled with gunfire and chaos. Once that subsides, the pace of a game is likely to shift into something a little slower and more considered. It’s worth merely staying still and listening for footsteps sometimes. The audio cues in Call of Duty: Modern Warfare are pretty good, and you can really make the most of them by listening for your foes as well as looking for them.