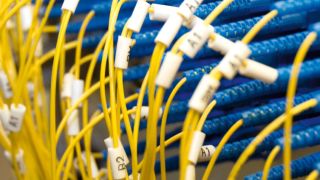 Internet - our most trusted friend?

The inventor of the World Wide Web, Sir Tim Berners-Lee, has insisted that the UK government's plans to allow its intelligence agencies to monitor the web constitutes a "destruction of human rights."

In an interview with The Guardian, Berners-Lee admits that the controversial plan keeps him up at night because our internet use reveals information about us we would not share with our closest friends.

"The idea that we should routinely record information about people is obviously very dangerous," said Berners-Lee.

Berners-Lee: "You get to know every detail, you get to know, in a way, more intimate details about their life than any person that they talk to.."

"It means that there will be information around which could be stolen, which can be acquired through corrupt officials or corrupt operators, and [could be] used, for example, to blackmail people in the government or people in the military.

"We open ourselves out, if we store this information, to it being abused."

Berners-Lee who has been an outspoken critic of both the US and UK government plans to more closely monitor internet use provided examples of what he fears.

"You get to know every detail, you get to know, in a way, more intimate details about their life than any person that they talk to because often people will confide in the internet as they find their way through medical websites … or as an adolescent finds their way through a website about homosexuality, wondering what they are and whether they should talk to people about it."

Berners-Lee believes that the Bill should be blocked, and the government provide a more rigorous series of checks and balances if it remains certain that the information is vital to national security.