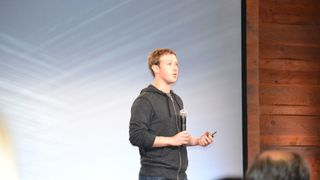 Going public hasn't been quite how Zuckerburg planned

Facebook is preparing itself for a public legal battle with its investors. A US court has ruled that those who lost money on the social network's flotation could pursue claims against them.

A group of shareholders were left out of pocket by the initial public offering in May 2012. They've been arguing since that Facebook and its bankers had left material information out of the "S-1" document it filed ahead of its market debut.

They claim that Facebook should have published more information about the impact growing mobile usage was likely to have on revenues at the company.

A wave of claims

Facebook and the banks involved in the row claim that the information was immaterial, and that it was under no obligation to make such disclosures. Manhattan judge Robert Sweet, however, has sided with the investors. This has opened the path for them to lodge a wave of claims against Facebook and dozens of banks.

Sweet added that a surge in the number of users accessing Facebook on their mobiles had already had a "material negative" impact on revenues by the time of its IPO. The Californian business, he argued, should have made this much clearer to investors.

Since, the company has gained ground again after working out how to monetise mobile users more efficiently. Shares were trading at $54.56 (£33, AU$61) at lunchtime in New York on Wednesday.