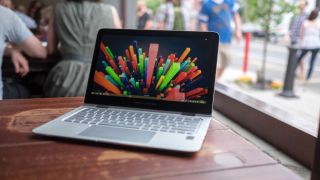 If you’re dying to get your hands on a Windows 10 PC, HP has got you covered. The manufacturer has a limited-time offer on tap that allows you to purchase a laptop or desktop with Windows 10 pre-installed so that it arrives tomorrow, July 29.

Anyone who orders one of the select Windows 10 devices before 5PM Pacific Standard Time will receive their device tomorrow, with no delivery charge added.

Versions of the HP Envy x360, the HP Spectre x360 and 15-inch HP Notebooks will be delivered by tomorrow. If you’re into desktops, two versions of the HP Pavilion Desktop and the 22-inch HP All-in-One are also available for July 29 delivery, free of charge.

What’s next for HP and Windows 10?

HP machines built after 2012 will be available for Windows 10 upgrade starting tomorrow. If you purchased your device prior to 2012, HP recommends you upgrade if you’re intent on experiencing Windows 10.

All HP consumer laptops produced by the end of August will be pre-loaded with Windows 10.

Business users hoping to upgrade HP devices to Windows 10 Enterprise will likely be capable of doing so beginning in mid-August, HP said, although it could not confirm an actual date.

The enterprise space should be capable of upgrading all HP laptops made after 2012 to Windows 10 starting in October.