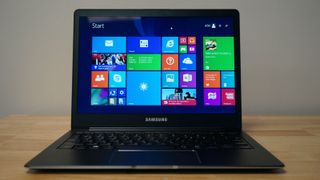 Update: Nearly three days after Samsung laptop bloatware was discovered to be deactivating the automatic Windows Update, the Korean firm says it plans to send a patch soon to stop the software from performing the sketchy practice.

"Samsung has a commitment to security and we continue to value our partnership with Microsoft," a company spokesperson told VentureBeat. "We will be issuing a patch through the Samsung Software Update notification process to revert back to the recommended automatic Windows Update settings within a few days. Samsung remains committed to providing a trustworthy user experience and we encourage customers with product questions or concerns to contact us directly at 1-800-SAMSUNG."

Samsung has never said clearly why its SW Update was set up to block Windows Update from doing its job, though VentureBeat noted the company had implied Microsoft's default drivers were to blame for component issues in Samsung laptops. Apparently, Samsung's fix was to disable all Windows updates, though it's now reversing course on that strategy.

An active debugger in the Microsoft community has made a startling discovery: a program in Samsung's SW Update software, which can be downloaded on Samsung laptops, blocks Windows' own updating software, leaving users with a potential security flaw.

Windows Update is responsible for installing updates for the operating system, drivers and software, along with patches and security updates, so blocking it is obviously a bad idea.

Patrick Barker, the Microsoft "MVP" who made the discovery and who is not a Microsoft employee, explained the program responsible for disabling Windows Update was 'Disable_Windowsupdate.exe,' and was found to be a part of Samsung's SW Update software.

"SW Update is your typical OEM updating software that will update your Samsung drivers, the bloatware that came on your Samsung machine, etc," Barker wrote on his blog.

"The only difference between other OEM updating software is, Samsung's disables [Windows Update]."

After discovering the issue, Barker got in touch with a Samsung customer support rep to ask why the program was disabling Windows Update. Barker posted the response on his blog:

"When you enable Windows updates, it will install the Default Drivers for all the hardware no laptop which may or may not work. For example if there is USB 3.0 on laptop, the ports may not work with the installation of updates. So to prevent this, SW Update tool will prevent the Windows updates."

Since the issue came to light, Microsoft said in a statement that it's now in contact with Samsung to address the issue.

"Windows Update remains a critical component of our security commitment to our customers," Microsoft said. "We do not recommend disabling or modifying Windows Update in any way as this could expose a customer to increased security risks."

Samsung has also said in a statement it's investigating the claim and will be "working with Microsoft to address this matter".

Barker, on the other hand, recommends users uninstall the SW Update tool.

Via Engadget and Venture Beat