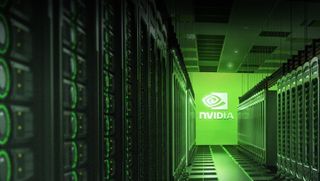 VMware and Nvidia have used a joint statement to announce the launch of a Direct Access Program that will give companies remote access to rich graphics applications using VMware Horizon 6 and vSphere 6 with Nvidia GRID vGPU.

Deployed on data centre servers equipped with beefy Nvidia GPUs, VMware Horizon 6 and vSphere 6 allows designers, architects, engineers and other enterprise users to run graphically-intense apps in virtualised environments. Because the apps are accessed remotely over a network, users don't need powerful PCs to run them.

VMware Horizon 6 and vSphere also brings the resource-sharing benefits of virtualisation to enterprise graphics. IT departments can support up to 96 users on a single server, which provides cost-effective virtualised graphics for workers who don't require maximum GPU performance but whose apps benefit from GPU acceleration, according to Nvidia.

More than 300 companies have put the tech into practice as part of an early access program conducted over the past five months.

Speaking to TechRadar before the launch of that program, nVidia VP of Enterprise Marketing Greg Estes said that Nvidia's vGPU tech allows IT departments to intelligently allocate GPU resources.

He said: "vGPU virtualises the GPU within the hypervisor allowing it to be supported in VMware, which is significant because you can fractionalise the GPU. Instead of having one GPU per user, you can have four users per GPU, which changes the economics in a positive way. It also provides more flexibility because they can have a user allocate resources, and users have different needs and capabilities."

Estes added that along with VMware, Nvidia's GRID vGPU tech is allowing Chromebooks to perform high-end graphics editing on Chromebooks in a way that wasn't possible before its introduction.

He said: "Prior to GRID tech being adopted in VMware vSphere, if you wanted to deploy Chromebooks in an enterprise you're either running Chrome OS or on a VMware stack but without the GPU capability in there. It means you would have to run software approximation so none of these graphics-rich apps would run properly.

"With this tech, you can now add our vGPU with vSphere that can connect to a Chromebook and allow you to run Autodesk 3ds Max or Bunkspeed or other apps and have high-end designers working on 300 dollar devices.

"Some enterprises are interested in rolling out Chromebooks as everyday work desktops, but in other cases you might have a designer with a high-end workstation at their desk and a Chromebook at home.