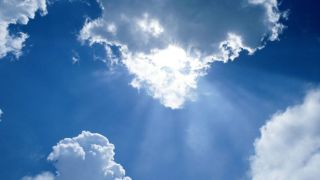 Oracle has unveiled Solaris 11.2, the latest version of its cloud platform for large-scale enterprise.

It also offers simpler and faster lifecycle management capabilities than previous versions. To put this into perspective, Oracle claims that one client saw a 16 times increase in admin productivity when using Solaris instead of Red Hat.

Existing apps can be run over different versions of Solaris, while integration with Java, Oracle Database, and Oracle Applications is also included.

The platform can be deployed within minutes, rather than weeks, and Oracle touts it as an affordable option for businesses.

Solaris 11.2 also boasts enhanced performance, reliability and security. Performance is particularly boosted when coupled with SPARC servers or Oracle ZFS Storage Appliances, according to the company.

"Cloud computing is creating an entirely new set of expectations for enterprise-class infrastructure software. Where once offering the piece parts -- the OS, virtualization and networking -- was a sufficient starting point, having an integrated solution is becoming more of the expectation for enterprise customers looking to build a private cloud," said Al Gillen, Program VP of Servers and System Software at IDC.

Solaris 11.2 Beta is now available over the Oracle Technology Network.