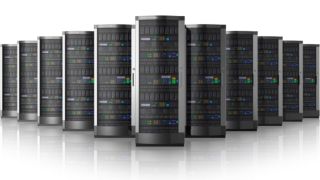 IBM has unveiled the first externally produced hardware solutions using its Power8 architecture that it hopes will make it a relevant proposition in the data centre market, including a non-IBM Power8-based server in China.

The new solutions, which were announced at the inaugural OpenPower Summit, encompass systems, boards, and cards developed by members of the burgeoning OpenPower initiative with the products headed by the non-IBM badged Power8 server in China.

IBM explained that a Power8 server chip is at the heart of the OpenPower-based CP1 ecosystem that will go into a new line of servers called RedPower and be China's first OpenPower two-socket system.

The Chinese government endorsed OpenPower in the fall of 2014 through a public-private partnership known as China Power Technology Alliance (CPTA). That initiative promotes the upgrade of the country's industrial infrastructure combining the resources of local Chinese firms and OpenPower members under government supervision.

Outside of China there are plenty of other projects under the OpenPower banner.

Taiwanese server manufacturer Tyan will deliver the first commercially available non-IBM badged Power8 server in the second quarter of 2015 that is designed to be used in large-scale cloud deployments and geared towards hyperscale customers.

IBM will sell a high performance computing server manufactured by Wistron using GPU technology from NVIDIA and interconnects from Mellanox. This is the first of a number of solutions on IBM's OpenPower roadmap and includes future delivery of two systems to Lawrence Livermore and Oak Ridge National Laboratories. It's projected they will be five to 10 times faster than today's leading supercomputers.

Another project is an open server design and prototype motherboard developed by RackSpace that combines OpenPower and Open Compute design concepts. This is designed to run OpenStack services and be deployed in Rackspace data centres, delivering performance, value and features by drawing on a range of open innovations.

Google and Samsung part of the alliance

Meanwhile, a collaboration between Nvidia, Tyan and Cirrascale has produced a GPU-accelerated OpenPower develop platform that supports big data analytics, deep learning and scientific computer applications. It will ship in volume during the second quarter of 2015.

IBM began the OpenPower Alliance in 2013 with Google, Ubuntu, Samsung, Nvidia, and Micron as the key early members. The number in the alliance has now grown to over 110 members in 22 countries across the globe, something that can be expected to grow as time goes by.