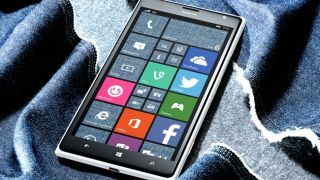 Microsoft has made the next version of Windows 10 Mobile available to testers. The updated preview, Build 10512, features improvements to overall performance, as well as interface changes and bug fixes.

One of the main interface changes you will notice is the ability to set Lock screen and background images from within the Windows Photos app. Previously, you had to go into settings on your mobile device to change the photos that appeared on the Lock Screen or on your phone’s desktop. Now, the change can be made directly from within the application in which the photos are stored.

Some Microsoft insiders reported a bug that wouldn’t allow them to install apps via SD cards. Users would insert the chip, download the app and then not be able to access the application once the system was rebooted. Microsoft says it has fixed the issue.

Other bug fixes include an issue in which the Camera app would not launch when the phone was locked, and users not receiving notifications for incoming text messages. Microsoft says it also fixed an issue in which the touch screen wouldn’t be responsive after ending a phone call on some devices.

Several features that are to be included in the final version of Windows 10 Mobile were not included in this build, including Mobile Hotspot, two-factor authentication for your MSA with a phone number and the movies and TV app will not work in Build 10512.

Microsoft is also cautioning users that some phones will take awhile to complete the migration to the Build. Certain apps, including Groove, Podcast, and Pandora will crash when launching after receiving an app update from the Store. Some phones with a large number of tiles pinned to the Start screen may get stuck in a state where the device shows “Loading…” and some apps may fail to update through the Windows Store.

So when’s it gonna be?

Windows 10 Mobile was initially rumored to be made generally available in September. However, recent reports indicate the operating system might not reach the masses until November. Despite this rumor, Microsoft's Joe Belfiore recently told reporters Windows 10 Mobile is "significantly feature complete."