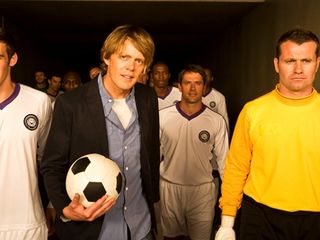 One of BT's infamous 'Adam and Jane' adverts has been banned, with the Advertising Standards Agency upholding claims that it was likely to mislead customers about the speed of its 'up to' 20Mbps service.

BT's advert showed 'Jane' instantly loading a website and looking through images, while an estate agent was apologising to 'Adam' for the slowness of his connection.

"BT is rolling out up to 20 meg speeds to give you a consistently faster broadband throughout the day even at peak times," intoned a voiceover.

17 complaints – including ones from ISPs Virgin Media and Sky were made to the ASA, and despite BT's defence that its 20 meg service was faster than the old one, they were upheld.

"Because we had not seen sufficient evidence to support the claim that BT's new broadband service was consistently faster than its existing 8Mbps service even at peak times, we concluded that the ad was likely to mislead," said the ASA.

Of course, a more effective way to stop people being misled would be to ban the use of 'up to speeds' with ISPs forced to advertise packages by average speed and not potential top speeds that are rarely, if ever, hit.

Ofcom's recent look at the actual speeds showed that BT was among those whose average broadband speed was significantly lower than the 'up to' speed that the service is advertised as.

On BT's 'up to 20Mbps' service the average speed is less than half, with Ofcom's average suggesting a speed of around 6.1 to 7.6 Mbps.