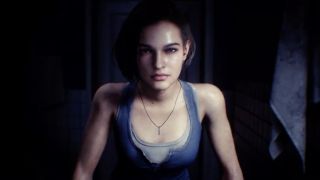 Resident Evil 3 Remake has been formally announced by Capcom after an earlier leak, and it's got a release date of April 3, 2020. The first trailer looks well in line with the tone of this year's Resident Evil 2 Remake, with a similarly grim depiction of Raccoon City and very realistic character models.

The twist is, this one comes with a multiplayer game, too. Project Resistance, which was announced a few months ago, is a 1v4 asymmetric online game that's part of the package with Resident Evil 3. So, that's a bonus, even if Capcom's previous efforts to add multiplayer to the Resi series have yielded mixed results.

After the significant success of Resident Evil 2's remake, we expected the third PlayStation game to get a facelift, too, but not this quickly. It's a nice surprise to end the year, and hopefully it'll continue the recent run of good form Capcom has had with the survival horror series since the release of Resident Evil 7.

Resident Evil 3 should be available to preorder from today, and it's releasing on PS4, Xbox One and PC.