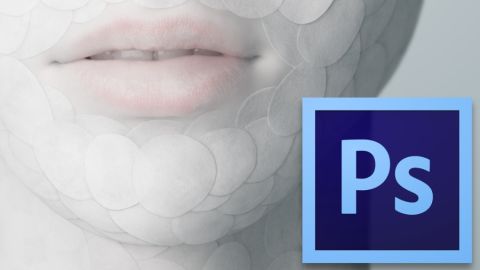 The new Photoshop CS6 interface design is the first thing to catch your eye. It uses darker tones to make your images stand out more, and this gives it more visual consistency with Lightroom and, for that matter, Photoshop Elements.

You can choose one of four different brightness values in the Preferences if you're not happy with the default.

And staying on a purely functional level, a new Background Save and Auto-recovery option should provide a level of protection against crashes, while the introduction of Adobe's Mercury Graphics Engine is designed to speed up processor-intensive tools like Liquify, Puppet Warp and Transform.

When you crop your photos you can now use a range of overlays, such as the Golden Ratio, Rule ofF Thirds or a simple grid to help you decide on the composition. You can save crop presets which include image size and resolution and, most signficantly, crops are now non-destructive. You can come back later, in other words, and re-do them if you change your mind.

Adobe's also extended its clever content-aware technology to include the Move and Patch tools. In theory, you can now move objects around and have Photoshop fill the gaps that are left behind..

And with the Blur Gallery you can add a cinematic or 'film' look to digital images. 'Iris Blur' simulates the shallow depth of field of a wide lens aperture, 'Tilt-Shift Blur' creates a 'miniature' effect, while 'Field Blur' enables you to isolate individual objects against a blurred background.

But the new video editing tools are the most striking addition. Increasingly, there's a crossover between stills photography and video, particularly for professional photographers. Photoshop CS6 can trim and combine video clips, insert transitions and even add titles, and all within the familiar Photoshop environment.

CS6 also comes with a new version of Adobe Camera Raw. ACR 7 (yes, it's annoying that the version numbers are out of step) has a new processing engine and improved tone-mapping, leading to a redesign of the tonal controls and better results when recovering shadows and highlights in RAW files. ACR also brings a greater range of controls to the Adjustment Brush, adding localised white balance, noise reduction and moire corrections.

The improvements here are exactly the same as those in Lightroom 4, which is no surprise as that too is built around Adobe Camera Raw 7. It's good in the sense that there's consistency between the two products, though it also creates an overlap that could make it harder to figure out which of the two programs you need.

This is what you need to bear in mind if your interests are primarily photographic, Lightroom 4's editing tools are now so sophisticated that you may not often need Photoshop at all. And if you do, you might find Elements 10 perfectly adequate for the layers, montages and other effects that Lightroom can't do, rather than paying ten times more for Photoshop CS6.