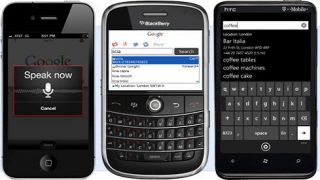 Total retail search volumes grew 11% in the first quarter of 2012 compared with the same quarter a year earlier and the growth is all down to mobile and tablet search volumes which grew by 132% year-on-year.

According to the latest figures from the British Retail Consortium during the January sales, search volumes on mobile/tablets were at their highest, peaking on the 2 January 2012. Additionally there was a noticeable peak in retail searches on mobile/tablet devices two weeks before Mother's Day - 4 March.

The BRC figures also highlighted the number of overseas consumers searching for UK retailers has soared 57 per cent for this quarter compared with the same period a year earlier. Internet search traffic from developing countries like Mexico and Pakistan more than doubled and could prove to be a potentially lucrative market that many businesses could exploit.

Peter Fitzgerald, Retail Director, Google commented "These statistics demonstrate the growth potential of online for UK retailers and the part retail can play in building a recovery based on exports, given the right conditions and a genuinely free-trade world market place."

"Being able to check competitors' goods and prices while they're in a store is a big part of the continuing boom in retail searches via mobiles and tablets. It's a sign of these tough times that this isn't restricted to major purchases — the biggest growth in mobile retail searches is on food and drink as people compare different offers. "

Fitzgerald agrees adding, "The first quarter of 2012 provided more evidence of the growing importance of mobile."