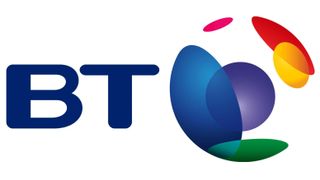 Balance of power in pricing row swings to BT

BT has won a ruling that will force the UK's Competition Appeal Tribunal (CAT) to re-examine whether or not BSkyB should have to make its sports channels available to third-party providers at reduced wholesale rates.

In 2010, Ofcom, the independent regulator for the UK communications industries, ruled that Sky was being uncompetitive and imposed a wholesale must offer ('WMO') on the provider, forcing it to provide Sky Sports 1 and 2 to third-parties at reduced wholesale rates for broadcast. The decision was overturned in 2012 when the CAT found that Ofcom's decision was "unfounded".

This week's ruling, by Lord Justice Aikens, found that there were still legitimate concerns about the wholesale pricing for Sky's sports packages and means that the CAT will have to review its decision to overturn Ofcom's WMO ruling.

A spokesperson for BT said: "We are glad that this issue will now be considered afresh and are hopeful that the outcome will finally deliver increased competition in pay TV which would be in the best interests of consumers."

Sky, meanwhile, remained defiant in its belief that Ofcom's original decision was unfair.

It said in a statement: "This does not alter in any way the CAT's fundamental findings, overturning Ofcom, that Sky engaged constructively with other distributors over the supply of its premium sports channels, and that Virgin Media is able to compete effectively with Sky on the basis of Sky's rate card prices.

"Sky continues to believe that Ofcom's 2010 decision is flawed and that the WMO obligation ought properly to be removed, and will continue to pursue all available options to achieve this aim."

A statement released on Ofcom's website said: "Ofcom welcomes the Court of Appeal's decision that the judgment of the Competition Appeal Tribunal failed properly to consider Ofcom's findings that there was ineffective competition in the market.

"Ensuring fair and effective competition in the pay TV market has always been Ofcom's objective. Ofcom's 2010 decision that Sky must offer premium sports channels to other providers was designed to deliver choice and innovation to consumers through greater competition."