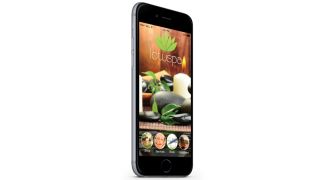 App Builders like BuildFire let you design your own app

Apps are increasingly important for all organisations, but until recently small to medium-sized businesses and charities have had a hard time keeping up. Step forward a raft of new mobile app creation platforms that allow businesses to create their own apps quickly and easily. Is this the way forward?

Does your company need an app?

For mobile-first companies like Citymapper or Uber – both startups at one point – the app is critical, but that's not the case for all businesses. "SMEs should consider if they actually need to create an app or whether they would be better off getting listed on well-established applications that cater for their industry," says John Davis, MD of London-based cloud solutions company BCSG, citing the popular Just Eat app, a clearing house for owners of takeaway restaurants.

Apps can keep customers focused so they spend more. "One of the largest hurdles businesses face is the ability to stay connected to their customer because so many other marketing channels have become bombarded," says Ian Blair, CEO of California-based app builder platform BuildFire. "Mobile apps give businesses a unique way to communicate with their audience, and features such as mobile shopping, Selective Push Notifications, rich multimedia and interactive groups engage users to keep them coming back for more."

One of BuildFire's customers has created an app focused on giving people information about the Ebola crisis.

"Apps have a specific use case and are really only relevant to organisations with a strong brand-loyal customer base," says Jim Rudall, Sales Director at London-based mobile commerce specialist MoPowered. "Before deciding on whether to invest in an app an organisation must always look to its data to understand whether there is a use case and a return on the investment." If your business has repeat customers and an app could be central to sales or encouraging more loyalty, an app could be just what it needs.

How should SMEs create an app?

Once a company has decided that it needs an app there are myriad options. Traditionally it's been down to agencies and freelancers to create bespoke apps for all kinds of budgets, but now app builders like BuildFire, Mobile Roadie, Bizness Apps and AppInstitute are trying to make it a DIY process.

"These platforms make it possible for anyone to create and deploy an app with no technical skills," says Davis, though he adds that the choice between DIY and contracting out app development depends on the level of functionality you need. "There are some things that App Builders won't be able to do."

App developers are obviously sceptical of the claims of app creation platforms. "I have yet to encounter a generic platform that can, without human ingenuity, create a truly unique service," says Kevin McDonagh at Android software developer Novoda. "Creating something truly unique requires innovation, passion and talent." McDonagh thinks that app creation is all about the aims of the company and the combined level of experience of its developers. In short, you get what you pay for.